THE ARCHER AND HIS BOW by Ohilebo Alexander Ojo 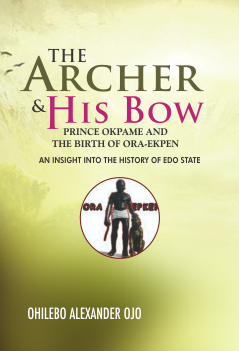 The author, Ohilebo Alexander Ojo, hails from Oke-Ora in Owan West Local Government Area of Edo State, Nigerian. Born into a very prominent family of Ohilebo, his father, Johnson Ohilebo Ogunleye, a veteran photo journalist was very famous during the Nigeria Civil war which was between 1967-1970. Alexander is a promising young man who has grown through interactions and words of knowledge. He is indeed an asset to this generation. He does not believe in impossibility. His most famous words of knowledge, according to Robert H. Schuller, is “possibility thinkers take great ideas and turn the impossibilities into possibilities.” His love for writing in a period when majority of his generation of youths are taking into all sorts of criminal activities and immorality is quite applaudable and commendable.

Alexander is a graduate of Public Administration from the University of Benin, in the defunct Department of Political Science and Public Administration where he obtained his Bachelor of Science Degree in 2014. He has been a writer since his university days, having over 5 publications to his credit and many yet to be published books as well. Lies and truth is irrelevant, the best story wins. This book titled; The Archer and His Bow is recommended to every true heart desirous of the knowledge of the history of Edo State.