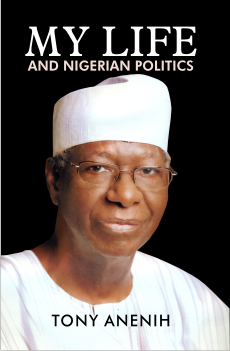 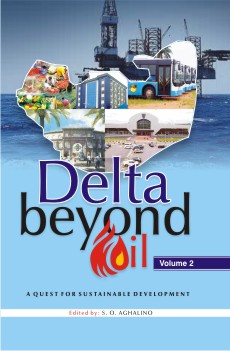 The performance of countries that predicated their economic growth and development on oil and gas is dismal. Literature is replete on what accounts for this. Recent developments in the international energy market, scientific innovations as well as remote and immediate issues bearing on delicate fiscal federalism in Nigeria have impeded and limited the normal flow of revenue from the Federation Accounts Allocation Committee. Consequently, states that tie their developmental agenda to the accruals from the sale of crude oil and gas and other derivatives from the Federal Government are between the devil and the deep blue sea. Admittedly, some of the states are beginning to engage in financial re-engineering by mining the extant natural and human resources embedded in their states. The governor Uduaghan–led administration in Delta State has taken the bull by the horns in his determined quest for sustainable developmental paradigm entrenched in Delta Beyond Oil.

This book, Delta Beyond Oil: A Quest for Sustainable Development, Volume 2, is written in response to the governor’s vision of propagating the idea that Delta State is not all about oil. It is the concise reasoning that the revenue from oil and gas could be utilized to create an alternative economy as shown in other countries that adequately utilized their oil proceeds to transform and diversify their economies.

Delta Beyond Oil Volume One

Delta Beyond Oil: A Quest for Sustainable Development, Volume 1, is a response to changes in the developmental initiative that is currently being championed and propagated by Dr. Emmanuel Eweta Uduaghan, the incumbent Governor of Delta State. The book is also derived from genuine concern that the Delta Beyond Oil initiative must be institutionalized and entrenched in the minds of Deltans in order for them to have a good understanding of the philosophy and ideas that have propelled the clamour for a re-orientation and paradigm shift in the developmental model of the state which has been oil-led. Apart from propagating the initiative, this volume explains some of the developmental strides of the present administration against the backdrop of the desire for the sustained diversification of the economy of the state. The balance of opinion, therefore, is that the Delta Beyond Oil vision and model is commendable and should be pursued vigorously in the State’s quest for sustainable development. 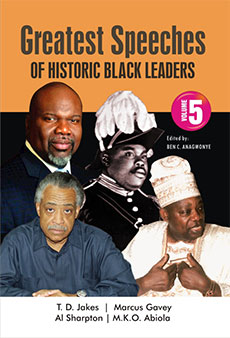 Oratory is a powerful medium, with the ability to move hearts and minds. Riots and revolutions have been caused by great speakers, and a skilled tongue has led many nations into the horrors of war. Depressed and hopeless individuals have regained their self confidence and have gone beyond the imaginations of those who termed them “useless” to become great achievers in life all because of the power of inspired words by great leaders such as Bishop T.D. Jakes, Rev. AI Sharpton, Marcus Garvey and the likes of them.

Armed with speaking skills, and motivating words from the great leaders in this Volume, you too can become a more pronounced version of yourself.